In 2014, LVE Togo successfully submitted a project proposal in response to a national appeal for projects by le Projet d'Appui à la Société Civile et à la Réconciliation Nationale (PASCRENA) – a programme coordinated in Togo by the European Commission. The objective of this four-year national programme is to promote civil society participation in the process of development, democratisation, and national reconciliation.

During 2015, the LVE Togo team, financed by PASCRENA, trained a large number of teachers and inspectors from schools throughout the five regions of Togo in values based education using LVE methodology. As a result, LVE Togo succeeded in convincing the Government of Togo that Civil and Moral Education should be taught in every school as a compulsory subject. Now, in 2016, every school implements values-based education through its Civil and Moral Education programme. 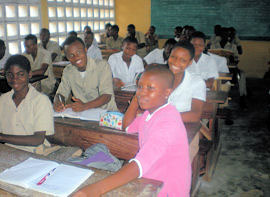 A little anecdote: At one school in the north of Togo there was a mathematics teacher and school principal who did not get along well and had not spoken to each other for a number of years. They were put together for an LVE activity on active listening. Somehow the ice was broken, they reconciled with each other, and now their relationship is fine again! 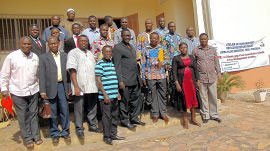